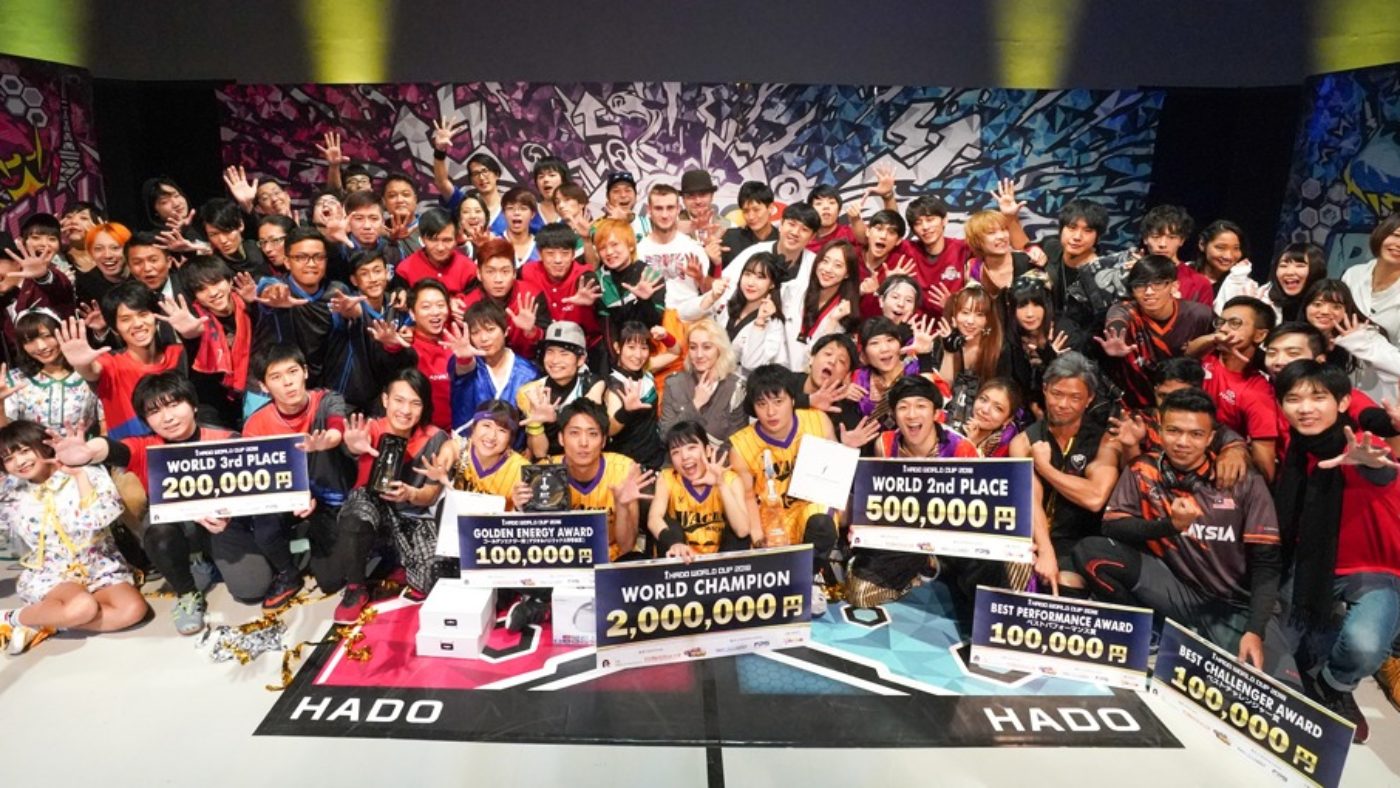 HADO WORLD CUP 2018 is the highest level of competition in the HADO universe.
A total of 14 HADO teams, selected from the winners of the qualifying rounds from over seven locales, fought for the top title!!