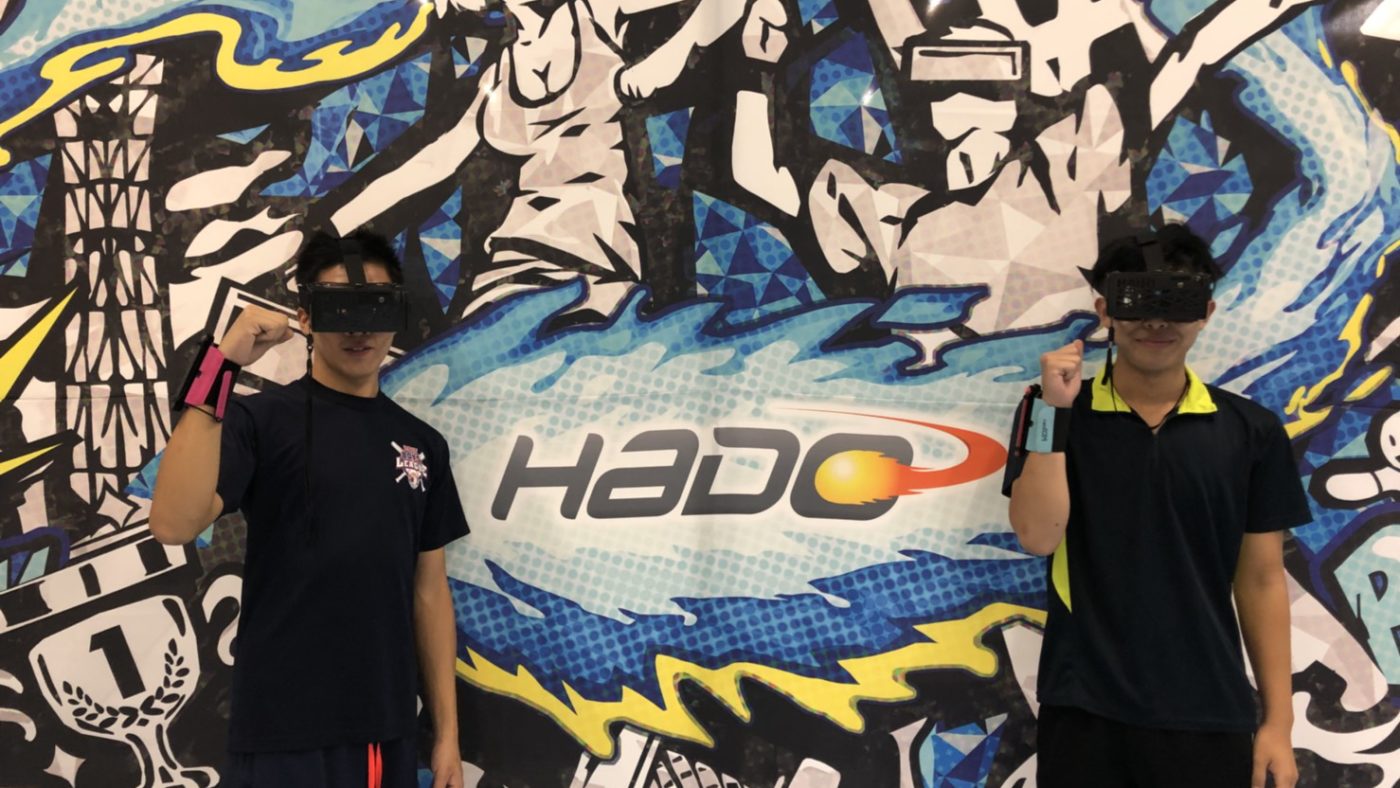 Fukuoka Daiichi High School will adopt HADO, the leading-edge techno sport, as a competitive sports club on October 26, 2019 to become the first high school in the world to introduce HADO as a sports club activity.

The first HADO high school sports club on this planet started as an idea when Fukuoka Daiichi High School reached out to meleap inc. As the organization behind HADO, meleap, inc. was enthusiastic about the idea and quickly brought the students onto the HADO court for a free trial session.

meleap, inc even went one step further and invited the students to compete as a team in an official competition for beginners. Miraculously, the Fukuoka Daiichi High School team won, earning them the right to compete as an official team in the Japan HADO rankings.

Fukuoka Daiichi High School knew their HADO team would need somewhere to practice. With the help of meleap, inc., a dedicated classroom was transformed into the world’s first permanent HADO court where students could train. The sky is the limit for this new team to excel under a banner to take HADO from Fukuoka to the World.

meleap inc. aims to solidify a cultural foothold for HADO in an effort to transition the techno sport into professional sports leagues. The standardization of HADO in the general public is imperative to this success.

As the pioneer of techno sports, HADO holds over 90 competitions annually in addition to the HADO WORLD CUP, which gathers teams from around the globe once a year to compete in Japan and determine who is the best in the world.

The adoption of HADO as a high school sports club will not only help raise awareness about the techno sport of HADO but also encourage a broader competitive player base.

meleap, inc. hopes to use the Fukuoka Daiichi High School as a launchpad to establish HADO courts at many other educational institutions. This objective aims to set up spaces where not only the students but also others in the community can play HADO through various means such as court rentals.

This project has the potential to accelerate the number of official teams playing in the Japan rankings and strengthen the foundation of HADO as the apex of techno sports.