HADO Skyrockets into the MENA Region at GITEX! 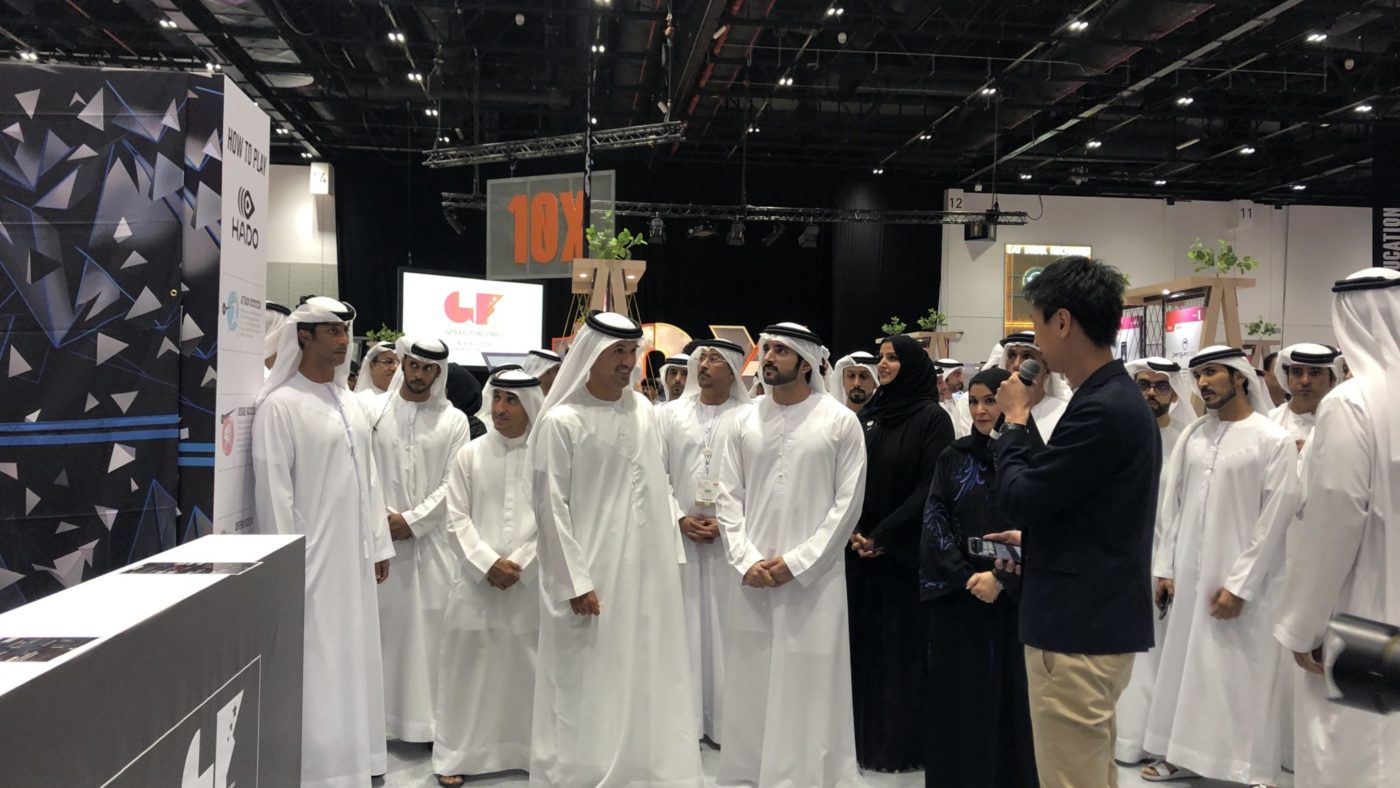 GITEX Technology Week and GITEX Future Stars forged avenues for HADO into the Middle East and North Africa (MENA) region. HADO was able to strengthen its network and relationships with companies seeking partnerships as well as entrepreneurs and investors in an effort to drive toward a strong foothold in the MENA Region.

“The exhibition sector in Dubai has developed considerably over the years from a platform for the launch of new products to a stage for innovation, opportunities and exchange of ideas and expertise. Today, GITEX has evolved into an event where technology leaders share their vision.”

The Joint Statement on Deepening and Strengthening Strategic Partnerships by both Japan and the United Arab of Emirates signed in April 2018 that aims to foster even greater business relationships is clear evidence of this growth. The Japanese Ministry of Economy, Trade and Industry’s elite J-Startup program has also named Dubai a global acceleration hub.

Following the inauguration of GITEX, the Crown Prince Hamdan Bin Mohammed toured the exhibition, and even graced the HADO booth with his presence. meleap Executive Officer Kent Lim was honored to offer His Highness an in-depth look and demonstration of HADO and the future of techno sports.

GITEX Future Stars was held for the fourth time this year as a global playground for game-changers focused on startups. The event brought more than 750 startups from 75 different countries and 19 technology sectors together with 400 global investors and accelerators.

Entrepreneurs, venture capitalists and investors were able to interact and explore new opportunities at GITEX Future Stars while startups could build new relationships and raise the capital and resources critical to success.

To fully leverage this opportunity, HADO offered a demo space and also joined forces with JETRO and 15 other Japanese startups to create a Japan Pavilion that featured various sectors from space tech, Artificial Intelligence (AI), smart cities and IoT to robotics, healthcare, agro-tech, blockchains, mobility, and of course techno sports.

As one of the 14 activation booths to let visitors engage in some fun and lighten the mood of a serious business-to-business technology expo, HADO provided a demo space next to other exhibitors who showed off their cutting-edge technology, such as a demonstration of live VR painting that turned a blank virtual canvas into a masterpiece of vibrant color.

Over the four-day event, HADO took center stage when over 1000 visitors strapped on a head-mounted display to play. The booth presented the prospects for HADO as a professional techno sport with leagues worldwide, the sophisticated HADO fan and spectator platform that will revolutionize engagement, and the amazing potential of 5G integration.

GITEX Future Stars came to a successful close with more than 50 different entrepreneurs, investors and companies showing great interest in bringing HADO to the MENA region. This expo has helped drive HADO toward a strong foothold in the Middle East and North Africa.

GITEX Future Stars celebrates the rule-breakers and game-changers. The event acts as a launchpad to help early and advanced startups succeed through a highly-charged festival of creativity, technology and business networking.